Various issues can result in film stock suffering a loss of quality, but damage is most commonly caused by vinegar syndrome. Proper storage conditions and good monitoring are therefore essential to protect our film heritage. Want to find out where we stand with Flemish film heritage digitisation?

What is vinegar syndrome?

Vinegar syndrome got its name from the pungent scent of vinegar that cellulous acetate film releases when affected by chemical degradation. It’s a decaying process that speeds up as it goes along – decomposition starts slowly before accelerating exponentially. Affected film needs to be quarantined and stored in cold and moderately dry conditions. Want to find out more? (link in Dutch)

We prioritise films affected by vinegar syndrome when it comes to digitisation – because once they reach a certain point, they can no longer be saved. That’s why, between 2015 and 2023, we are using a special process to digitise this damaged film stock. Our project is focusing on films that have been affected by vinegar syndrome in both the VRT collection and the 61 cultural heritage organisations we are working with that have film stock in their collections (although these films are being registered separately).

As the most common format, we’re digitising 16mm film across the various sub-projects, and processing other film formats together as much as possible.

The second project, which ran from 2016 until October 2018, comprised 900 films or 225 hours of image content. This mainly concerned 16mm and a limited quantity of 35mm films, which were again placed in the capable hands of TF CineNova.

The third film digitisation project started in November 2018 and will run until the end of 2023. This project is an extension of the previous projects, again with the focus on 16mm and a small quantity of 35mm films affected by vinegar syndrome. The 8mm, Super 8 and 9.5mm cine film formats, mainly used for amateur films, have also been added to this project. French digitisation company Vectracom will be digitising some 4000 to 6000 films in total over this five-year period. Vectracom is an experienced partner that we’ve collaborated with before, for example on open reel video digitisation.

We’re also setting up separate digitisation projects for at-risk and damaged film in the White Fathers’ collection and for nitrate film.

What about films that cannot be digitised before the end of 2023, such as film stock not affected by vinegar syndrome? We’re currently working closely with CINEMATEK to register in detail the content and technical aspects of Flemish film heritage, with an improved focus on preservation. Together with our accelerated digitisation of damaged film, this will help to make it possible to plan to register and safeguard film stock for the future.

We’ve already taken considerable steps in digitising damaged content (even though this project is still ongoing), and are also getting started with digitising films that are not at risk. Criteria regarding the film content will certainly play a role here, and we’re expecting to get started after 2023.

The role of film registration*
About film digitisation 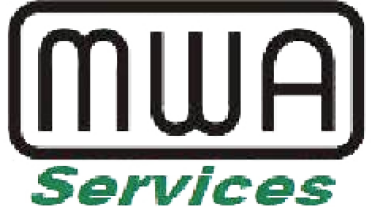